With its diverse relief the Bregalnica region has possibilities for attractive bike tours. As part of the project activities in the Nature Conservation Programme three bike trails were created, which also have info boards for cyclists and visitors. Three trails have been developed so far: “Pehcevo’s Beauty on a Bike” bike trail, “Ilin Kamen” recreational bike trail and the Golak mountain bike trail. 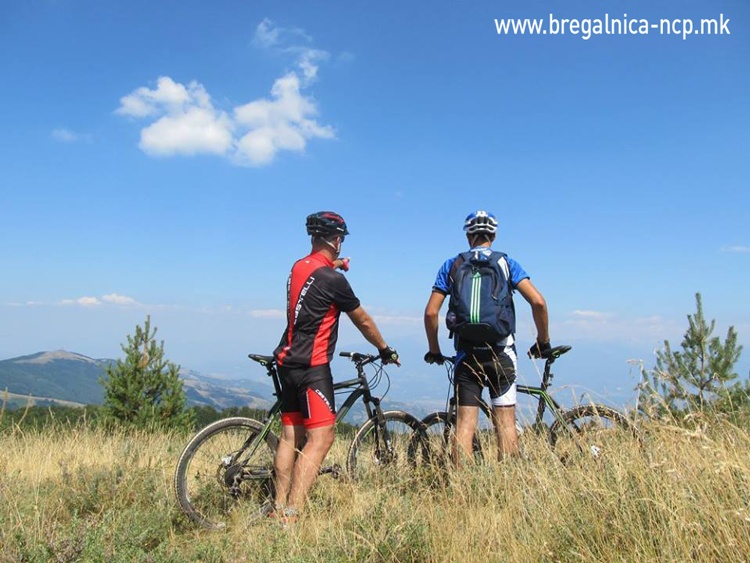 These three sites are on the south face of the fossil volcanic cone Bukovik (1723 m) which rises above Pehcevo. Vrtena Skala is famous for the characteristic rock with an opening in the middle. Delibovi Kasci is a short cave which is thought to have been the refuge of the Ottoman robber Deli Ibo, who was thrown out by the local population because of the harm his caused. The Judovi Livadi site is known for the insect-eating flytrap. The three sites are at 1100-1400 meters above sea level, and the bike trail is at that same altitude. Due to its location, parts of the trail offer beautiful vistas so that at the same time one can see the towns of Pehcevo and Berovo, then the villages of Rusinovo, Vladimirovo, Macevo, Robovo, and others. Several info boards have been put up along this trail with information about the characteristics of some plant and animal species from the Bregalnica region. The trail is marked with signposts and litter bins, and there is also a map for easier movement. The Municipality of Pehcevo has trained seven local nature guides who are always available to show the visitors the beauty of Pehcevo and its surroundings.

The recreational bike trail Ilin Kamen is 5 km long and links the town of Delcevo with the Ilin Kamen site.

Leaving Delcevo at an altitude of around 600 m, the trail first passes through a hilly terrain to the village of Zvegor, from where it gradually climbs to 880 m to Ilin Kamen. The difference in altitude is 280 m, which at a length of 5 km is a relatively mild slope, without steep uphill and downhill sections. This makes the trail suitable for recreational cycling and hiking. The trail is paved with interlocking pavers and there is also lighting, which means that it can be used at night as well. In the lower sections, above the village of Zvegor, there are excellent vistas to the surrounding mountains, the valley of Bregalnica and Pijanec. Simply put, it is made for enjoyment and relaxation. 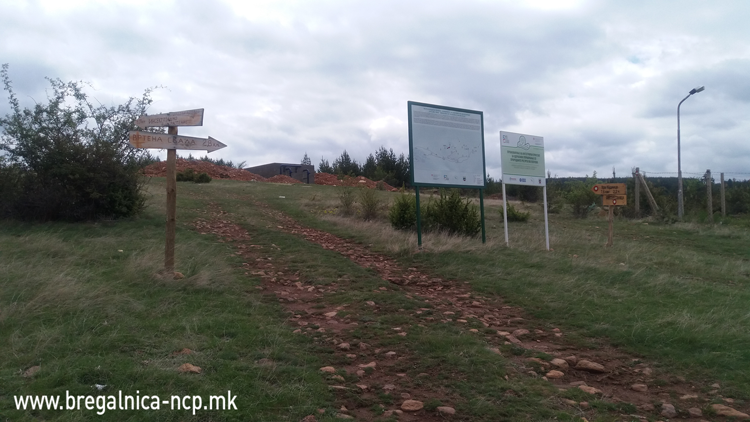 The Golak mountain bike trail is 6.8 km long and is located in the highest areas of the mountains. It starts near Villa Granite, by the sports grounds and climbs by Villa Frotirka. From here it continues to the St. Pantelejmon monastery, where it follows an asphalt road for a while. The monastery is at 1500 m altitude, with gorgeous views. From the St. Pantelejmon monastery the trail climbs down by Bun Cesma and continues deep in the forest on Golak Mountain. Rounding by the peak Cavka (1536 m), the trail continues through an area rich in plant and animal species, which is also part of the biodiversity trail. The mountain bike trail Golak has a 182 m height difference, with the lowest point at 1322 m and the highest at 1504 m. It mainly follows a macadam road, a forest trail and a small section of the local asphalt road. The trail is marked with info boards, a map and signposts in line with mountain bike trail standards. It can be crossed in half an hour with a moderate, relaxed ride.