In the Bregalnica region there are numerous local species of domestic animals. Some of them are autochthonous for the Republic of Macedonia (Ovce Pole sheep, Macedonian bee), while some of them can be found in neighbouring countries as well (Busha cattle, domestic Balkan goat, Karakachan sheep and Sharplaninec dog).

Out of the local breeds in the Bregalnica basin, the most frequent is the Pramenka sheep which can be found in three sorts: ovcepolska, sarplaninska and karakachan sheep. The term pramenka denotes a primitive sheep that lives in modest conditions and on modest diet. It is a low-productive breed that produces milk, meat and wool. This is a hardy and easily adaptable breed. 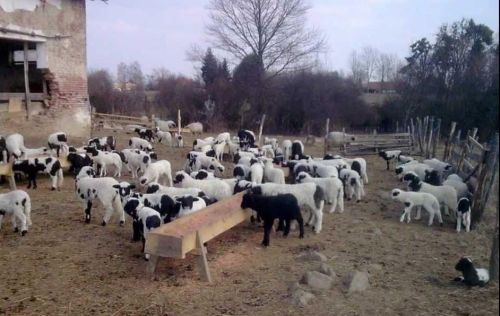 The Ovcepolka sheep is the symbol of the low reaches of Bregalnica and the entire area. The loss of biodiversity in domestic animals in the region and beyond is evident and is not due only to the lack of interest for raising autochthonous breeds, but also due to the long-term process of losing the general populations of domestic animals in the region.

The protection of domestic animal biodiversity is a planned, coordinated and long-term activity included in the Programme for Protection of Biodiversity in animal husbandry, so its consistent implementation is a requirement.