From the aspect of geodiversity, in the Bregalnica area there are several interesting and rare elements. Some of them are protected as natural monuments and natural rarities, while some are proposed for protection.

Places that have particularly important geological features are:

The Lesnovo cone and crater;

The high mountainous area in Osogovo near Carev Vrv and Ruen;

the site of Ratkova Skala in the south-western part of the Osogovo Mountains;

the paleontological site between the villages of Zvegor and Stamer;

the waterfalls at the Bregalnica spring;

the volcanic bombs around Probistip;

All these sites and elements are sensitive to increased human impact, and they are real rarities, documented in literature. In this sense it is necessary to conserve them for future generations. In addition to these elements, further detailed research should assess the need to protect the Radnjanska River valley and the small canyon of Kamnik, then Kalata as the only island in East Macedonia, the lakes below Cengino Kale and Kundinsko Lake, the waterfalls on Djudjevska River, several locations with crystals and rare minerals, etc. 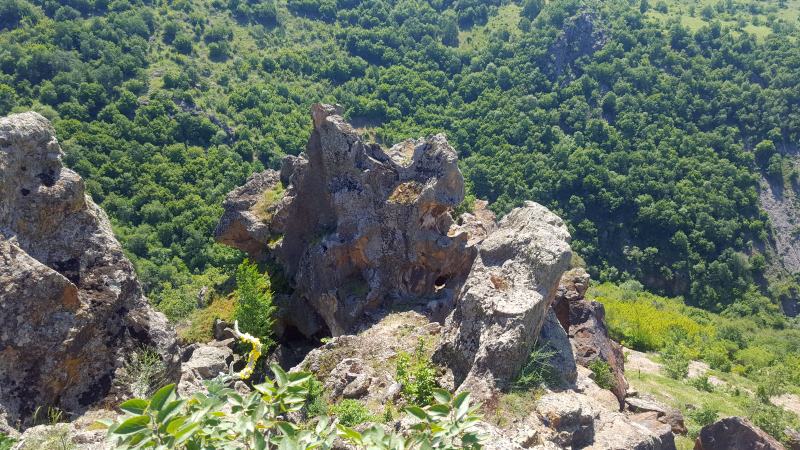 Lesnovo stands out among all these sites. Lesnovo could become the first geo-park in Macedonia. The application procedure with UNESCO is underway. Tourism experts believe that the specific volcanic terrain, unique in the Balkans, deserves to be included on the list of protected natural areas and that the response will be positive. Geo-parks are areas for sustainable tourism where visitors will not only be able to see geo-morphological relief formations, but also a symbiosis between them and the biological singularities and cultural values of a region.