The vegetative agrobiodiversity in the Bregalnica river basin comprises registered varieties and hybrids of agricultural cultures. They are present in commercial production on large areas, while heirloom local varieties are planted on small areas and are mostly for personal use of the inhabitants. 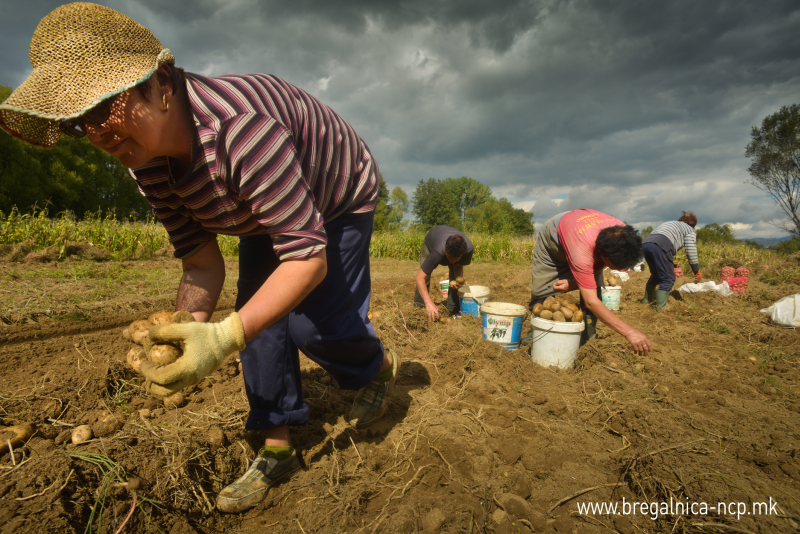 Every village has a tradition of raising local varieties, so that one household grows several cultures with 2-3 different varieties (peppers, corn, beans). The agro-technical measures are done manually, in a traditional manner, with the exception of cereals, where all operations are mechanized. The majority of the inhabitants who grow local varieties are between the ages of 50 and 75. Younger people are leaving villages en masse or a focused on commercial farming, based on modern varieties.

This process is supported with subsidies that the government awards if the seeds are certified. In rare cases, these cultures are sold on the local markets. Because of this, several cultures (cotton, hemp, flax) have become extinct several decades ago, while those that are still grown are increasingly losing diversity of local varieties.

A preliminary inventory of the Bregalnica region was done as part of the research, however the results do not give us the full picture about the existence of autochthonous varieties in the region, so further research is necessary, unfortunately.