The documentary film Honeyland will be screened in US cinemas from 26 July. Represented by the US company for film production and distribution Neon, which bought the rights to show it in North America, the Macedonian winner at the Sundance Film Festival will be distributed to select theatres, including Laemmle Royal in Los Angeles and Quad Cinema in New York.

The start of the screenings was marked with a meeting of Honeyland directors – Ljubo Stefanov and Tamara Kotevska – with the audience and media representatives in Los Angeles (22-23 July) and New York (25-27 July).

In the meantime, the film was shown in Cinema Detroit in Detroit, The Ray Stark Family Theatre and the University of South California in Los Angeles. On 24 and 25 July it will be screened at Jacob Burns Film Centre, and a day later in Quad Cinema in New York. On 16 August it will be shown in Fort Collins, Colorado.

Australian audiences will also be able to see Honeyland on 31 July at the Stronger Than Fiction festival in Canberra, while on 2 and 18 August in Melbourne. During the summer it will continue on the film festival circuit, including one of the largest in the region – the Sarajevo Film Festival, to be held between 16 and 23 August. 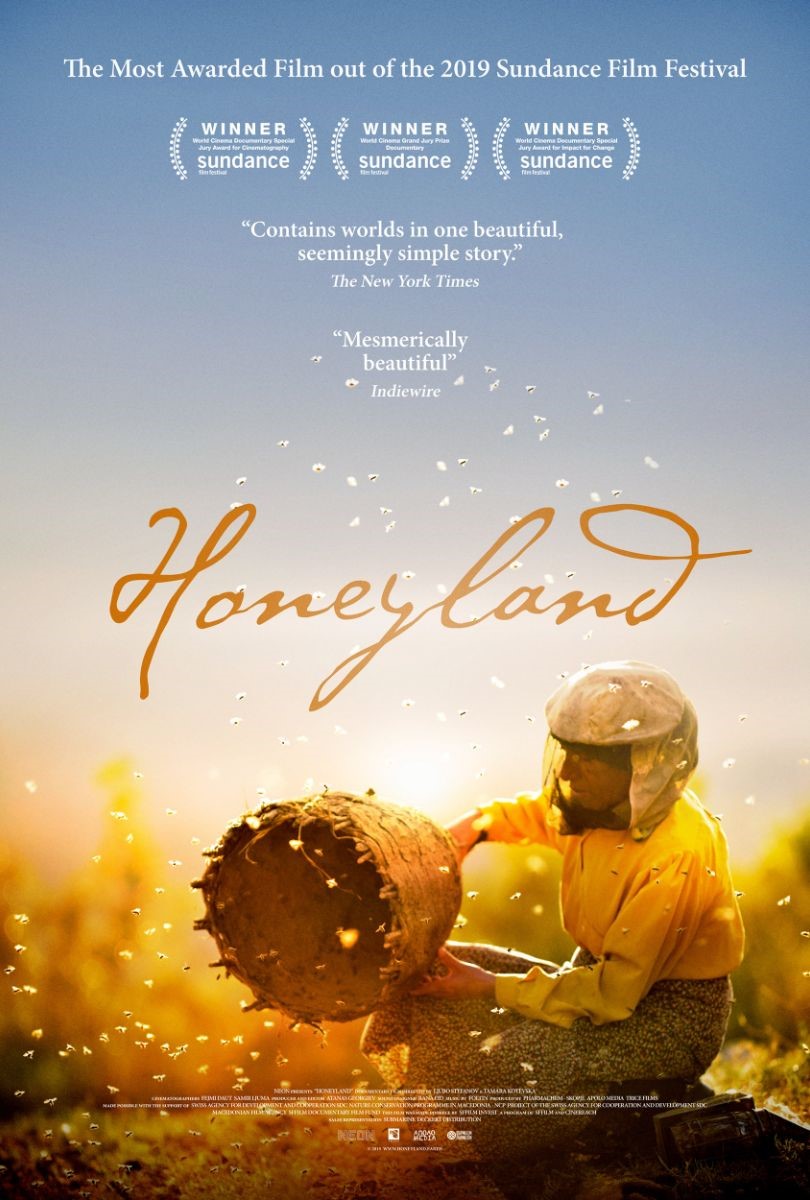 In late August it will be screened before home audiences, at the largest documentary film festival here Makedox, after which it will be on the regular repertory in Macedonian cinemas.

After the triumph at the Sundance Film Festival and the awards at more than 20 film festivals, the documentary will be distributed in the US, Canada, UK, Germany, Austria, Poland, Belgium, the Scandinavian countries, Spain, Turkey, China, South Korea, all the way to Australia.

The long list of awards was extended these days with the special jury prize at the documentary film festival in Iceland Icedocs FF. Positive comments by renowned film critics in world media continue pouring in. The latest in a series of excellent reviews is by Anthony Lane for The New Yorker. In the article published online, the journalist writes that “Honeyland” swarms with difficult, ancient truths about parents, children, greed, respect, and the need for husbandry. He also recommends watching the film in the company of anxious modern couples, preferably before a prenatal class; and hear their reactions upon seeing the conditions the children in the movie live in. The text will be published in the New Yorker print edition on 29 July under the title “Taming Nature”.

The film’s official website honeyland.earth lists all forthcoming screenings and guest appearances. There is also a campaign for donations for the Honeyland protagonists.

The documentary, produced by Apollo Media and Trice Films, was made as part of the Nature Conservation Programme in North Macedonia – a project of the Swiss Development and Cooperation Agency (SDC), coordinated by Farmahem and supported by the Film Agency of the Republic of North Macedonia.