On 29 and 30 June we organized the third visit to the Bregalnica region for a group of Instagram users in order to present the tourist potentials of this region, locations that are not that known in the country as well as to present some of the activities implemented as part of the Programme. The visit was part of the programme activity for raising public awareness about the importance of natural values of the Nature Conservation Programme in North Macedonia – phase 2. 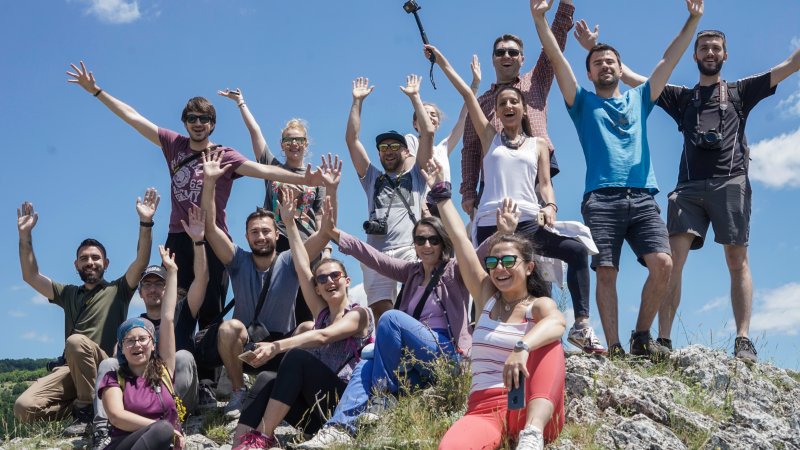 In addition to the rich biodiversity and the large number of ecosystems, the Bregalnica region also has quite diverse reliefs, landscapes and areas. Here you can find some of the most unique geological phenomena in the Balkans that are still waiting to be discovered. Through this geo-paleontological tour we get to know various geological phenomena and learn about the fascinating geological and paleontological past of the Bregalnica region.

The visit began in Dolna Bregalnica, with a walk around the Macedonian steppe near the village of Sofilari where we learned that in this area there used to be the Tethys Ocean and there are still fossil remains of sea snails and siphons more than 30 million years old. Then we visited the riverbank of Bregalnica in the village of Penush.

Our next destination was the European village of storks Cheshinovo-Obleshevo where we visited the eco-ethno park and from the ornithological lookout observed the storks; the largest stork nest in Europe is located here. Immediately afterwards we visited rice fields that are beautiful for photographing in this period. 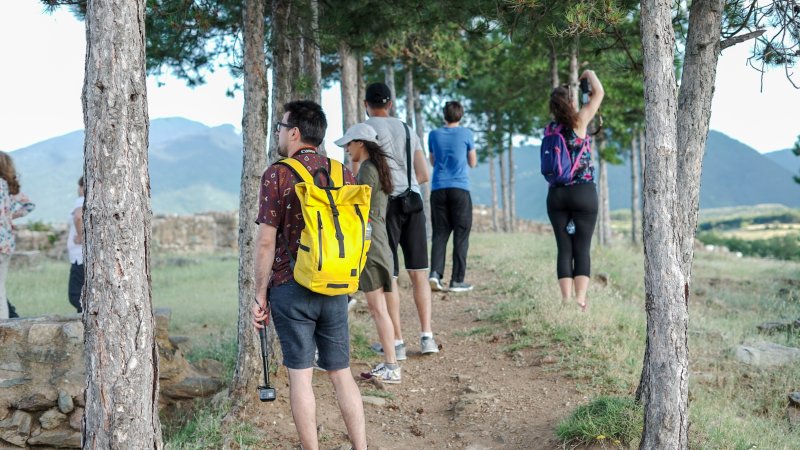 We continued our walk along the trail of the Zrnovska River, a left-hand tributary of Bregalnica, used to irrigate around 250 hectares under corn, leeks and other crops. We concluded the first day in Vinica where we visited the archaeological site of Vinichko Kale.
The second day started with a visit to the village of Crnik, near which there are badlands, interesting geomorphological forms with a characteristic amphitheater appearance. In the village of Grad we visited the Konjska Dupka cave and the archaeological site, with spectacular views.

In the village of Stamer we visited the paleontological site where fossil remains were found of prehistoric giraffes, antelopes and mastodons (ancestors of mammoths) between 5 and 8 million years old. On the site we saw buried fossil remains of a mastodon that is yet to be examined and properly preserved.

We wrapped up the third Instagram tour with a visit to the manmade lake of Kalimanci, whose primary purpose is irrigation of arable land in Kochansko Pole and Ovche Pole.

For more photos you can visit our Instagram profile: @sogrizadoberiket, while photos and videos from other users can be found on #БрегалничкиСлив.