After the triumph at this year’s edition of the prestigious film festival Sundance, the Macedonian documentary Honeyland will be screened in cinemas in North America as well as at the Makedox Festival in Skopje. At the press-conference that was held today (18.02.2019) at MKC Club and Restaurant, the Honeyland team announced that the film will have two closed screenings next month in Skopje. 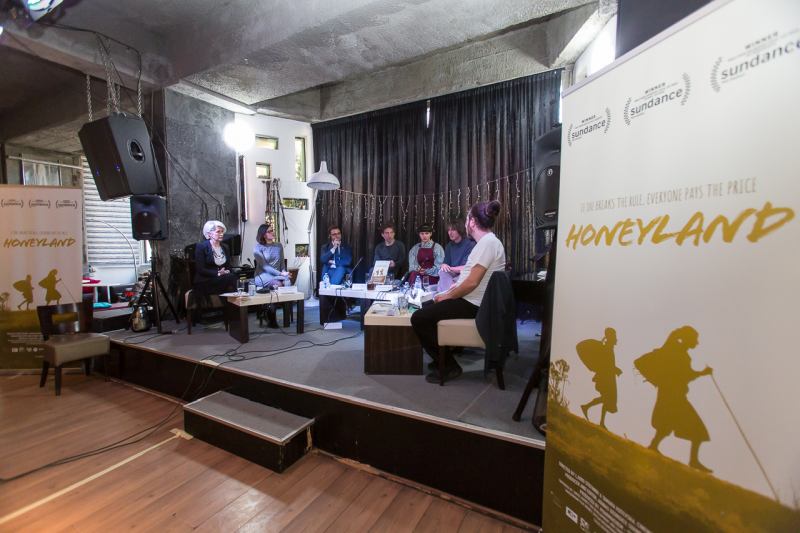 Honeyland, represented by Submarine Entertainment, signed a contract with the American film production and distribution company Neon, which bought the rights for the Macedonian film in North America. The company announced that the film will be shown in 15 of the top 50 markets on the continent, including New York, Los Angeles and San Francisco. In the last few years Neon distributed well-known films such as: Colossal; I, Tonya; Borg vs McEnroe; Revenge; Ingrid Goes West; Monsters and Men; Border etc.

As the team announced, the film will have two closed screenings on 12 and 13 March in the Milenium cinema in Skopje. The wider audiences can see it at the forthcoming festival of creative documentaries Makedox, held in August.

Honeyland, directed by Ljubo Stefanov and Tamara Kotevska, at this year’s Sundance Film Festival in Park City, Utah, US, won the Grand Jury Prize for best documentary. Tamara Kotevska, one of the directors, said at the press conference:

‒ The three prizes at Sundance confirmed the three fierce debates that are usually focused on the topic of films in my country: First, can you make a big movie with a small team? Definitely, yes. Second, do films in Macedonia and beyond have a bright future? Definitely, yes. And third, can films change the lives of ordinary people? Definitely, yes.

Ljubo Stefanov, who directed Honeyland together with Kotevska, said:

‒ Honeyland started as a small idea, on which our small team worked hard and tirelessly for more than three years and made it into what we are celebrating today – three prizes at one of the most prestigious festivals in the world. This is just a confirmation that ideas, however improbable they seem, should be given a chance, and what is more important – you should take risks.

‒ To take part in a major festival like this, the biggest in the world for independent cinema, is an experience like no other. For me this is the beginning of a new professional chapter in my career. I am glad and happy that twenty-odd years of efforts have been awarded with such a prestigious prize, from people who were not inhibited by our Macedonian microcosm. Unfortunately, here in Macedonia, issues such as recognition of efforts are based on quantitative values, not on quality. As a dedicated filmmaker this prize only encourages me to work with even greater dedication. The world has seen my work and awarded me for it. The future is where I would be recognized, in international projects – said Fejmi Daut.

‒ The prizes at the prestigious independent film festival Sundance that Honeyland won are something that each filmmaker dreams about. For me, as a cameraman, the most important is the special jury award for cinematography, which puts us on a pedestal, shoulder to shoulder with the best cinematographers in the world. I honestly hope that this prize would bring us more work, both in our country, and on international projects – said Samir Luma. 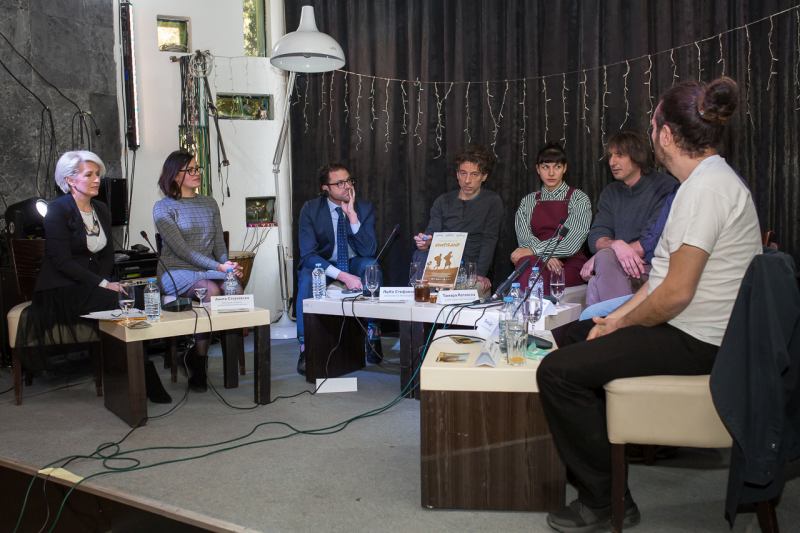 The documentary also wan the Special Jury Award for Impact for Change.

‒ When we left for Sundance we knew that we have something big, and we somehow knew that this film will win a prize, but we did not expect to come back with three of them, including the grand prize. For me Sundance is a bridge for two relations – global and individual. The global one means that after this festival we will have the opportunity to be seen and heard in the world, for the world to hear about our travails, and if we are lucky, maybe something will change or at least move from a standstill. The individual one means new contacts, new projects, and new communication with the best artists in the world. Sundance began a story that might not have an end – pointed out Atanas Georgiev, producer and editor of the film.

The documentary, produced by Apollo Media and Tris Films, was made as part of the Nature Conservation Programme in Macedonia, a project of Swiss Agency for Development and Cooperation (SDC), coordinated by Farmahem, and it is also  supported by Macedonian Film Agency.

When I saw the movie for the first time, I was left speechless. Because of its artistic beauty, and because of the power of its message. After the lights went off, I needed a moment to get back from Atidze’s world to the present world. Atidze sends us a wise message: “Keep half of the honey for you and leave the other half for the bees!” A message from a woman who lives in symbiosis with nature and knows how to survive without endangering other beings. I am personally convinced that – both individually and jointly – we can all make a difference when it comes to protecting our environment. Atidze shows us how to do that. Let’s hear her call – said the deputy ambassador of Switzerland to Macedonia, Stephane Tomazian.

Honeyland tells the story of the last woman who keeps wild bees in Europe, who tries to save the bees and the natural balance of nature, when a family of nomadic beekeepers settles on her land and threatens her livelihood.

On its official website honeyland.earth Honeyland started a campaign for supporting and assisting the protagonists of the documentary. For every ordered jar of sustainable honey, the funds will be donated for improving the living conditions, mostly for the children who appear in the film, and if possible the others, even the entire area they live in.