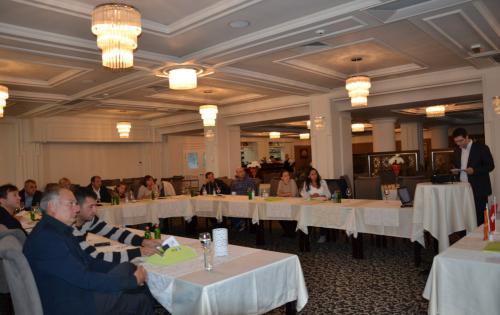 On 30/09/2015, the town of Vinica hosted the event of signing the agreements on project implementation between the Nature Conservation Programme in Macedonia and 11 civil societies following the second call issued by the NCP to the civil societies.  It officially marked the beginning of implementation of the projects aimed at helping civil societies and local communities in Bregalnica Region in nature conservation and sustainable natural resource management in the region.

A total of 21 applications were received by the closing date for submission at the Local Office of the NCP in Pehchevo, 11 of which got the approval for financial support by the NCP with maximum allocation of 560,000 Denars per project.

The participants of the event were informed about the expected outcomes and planned activities of all 11 projects and following the official award of the agreements, the NCP representatives provided guidelines on the project implementation steps and the process of reporting and communication between each other