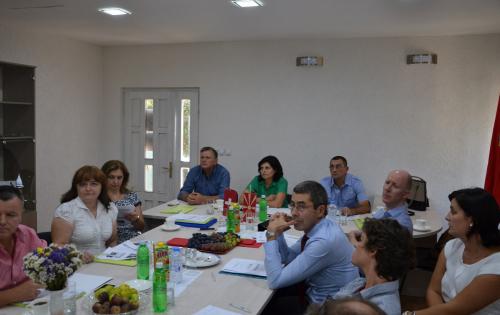 The 6th meeting of the Steering Committee of the Nature Conservation Programme in Macedonia took place on 18/09/2015 in the village of Zrnovci. The meeting was held at the Resource Centre of the Club of Young Researchers of Zrnovci which has been adapted and equipped as part of the small projects of the Nature Conservation Programme in Macedonia. The meeting was attended by members of the Steering Committee from the Ministry of Environment and Physical Planning, the Ministry of Agriculture, Forestry and Water Economy, the Centre for Development of the East Planning Region and the Swiss Embassy in Macedonia, and members of the Project Coordination Team.

On the meeting, the Draft Semi-Annual Report for 2015 was adopted and presentations were given about the small projects of the civil societies that were implemented as part of the first call for projects announced by the Nature Conservation Programme in Macedonia.